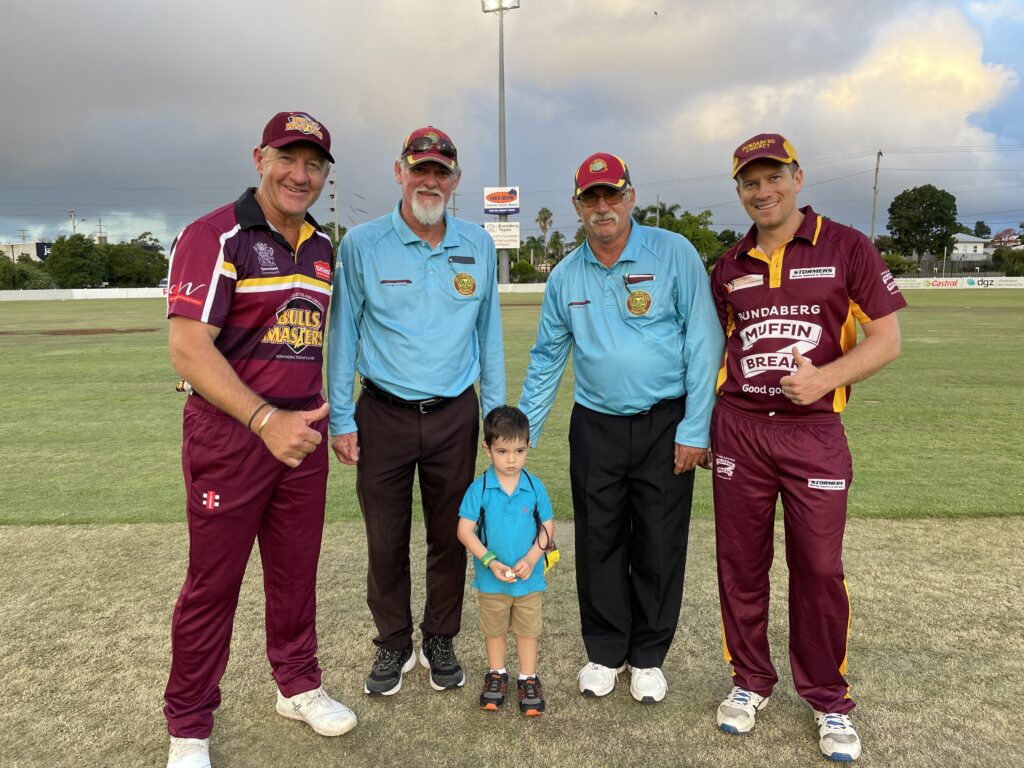 It began like any ordinary day, but soon it became evident it was anything but. As the golf teams teed off just after midday on Thursday the 24th of February, the only clue that something wasn’t right was that some of the Bulls Masters biggest stars were missing. Allan Border, Jimmy Maher and Darren Lehmann were most notably absent, as was the guest of honour, Australian Cricket royalty, Rod Marsh who had flown into Bundaberg that morning to join the festivities.

As the day unfolded news spread of a tragic incident involving Rod Marsh, who suffered a massive heart attack in the car after he was picked up at the airport. It left a sombre cloud over the day and the rest of the tour. Initially it was thought that the fast work by Bulls Masters Cornerstone members, David Hillier and John Glanville who provided CPR and immediately drove Rod to the hospital might have been enough to save the Australian icon. Jimmy, Allan and Darren rushed to be with Rod in hospital. The rest of us continued on the tour, keen to deliver for cricket and the community in the Bundaberg Region.

The golf day was won by the team of Rose Financial Consultancy Services with the help of Bulls Masters legend, Lee Carseldine.

The Bulls Masters were busy in the community too, visiting various local businesses that supported the tour. Takalvans is a big supporter of all sport in the Bundaberg Region, including the Bulls Masters. Takalvans owner, Dale Rethamel was recently recognised for his support of the community by receiving the Bundaberg City Council’s “Citizen of the Year” at the Australia Day awards.

The Bundaberg Growers Market was another important stop for the Bulls Masters. The Bulls Masters partner with Brisbane Markets Limited who were up in Bundaberg meeting some of their local produce growers. We came along to an afternoon barbecue to show our appreciation of the fine work our farmers do.

Rum City Foods have emerged as another big supporter of sport in the Bundaberg Region and last year they sponsored the Bulls Masters Youth Cup. It was great to get into their facilities to see how they supply the city with food.

Chemist Warehouse has been a major partner of the Bulls Masters for many years and it was a great location to meet the fans at their store on Bourbong street. 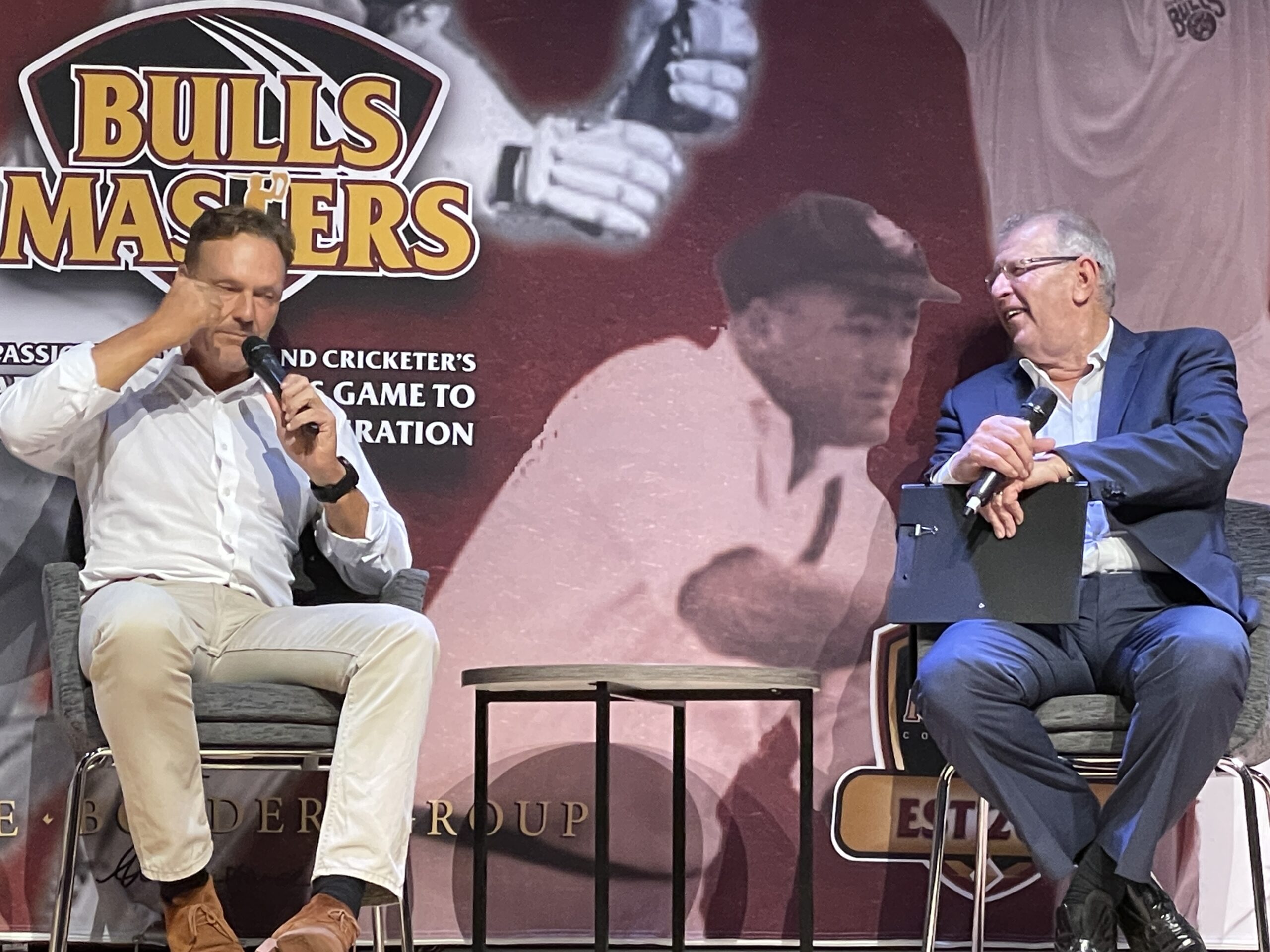 Dinner At The Bundaberg Multiplex

Channel Seven’s Pat Welsh MC’d the dinner which was sold out, with over 300 tickets sold. Special guest speakers included ironman legend Guy Leech and Queensland Cricket icons, Allan Border and Carl Rackemann. Allan Border rarely gets on stage to speak in front of crowds but he stepped up to replace his great mate, Rod Marsh, who was originally slated to speak.

After torrential rain left Salter Oval submerged in rain as recently as Friday morning, there was few who thought the game between the Bulls Masters and Bundaberg Invitational XI would get off the ground. But great work by the ground staff saw the game curtain-raiser and kids clinic begin on schedule. The main game began strongly too, with Charlie Hemphrey and Michael Phillipson hitting some long balls.

However, the rain came down, eventually putting an end to the game before the Bundy boys could have their bat.

On Friday the 3rd of March, the Marsh family announced that Rod had not recovered from his heart attack and had passed away. The Bulls Masters are deeply saddened by this news and our thoughts are with his wife, Roslyn and family. Rest in peace Baccus. 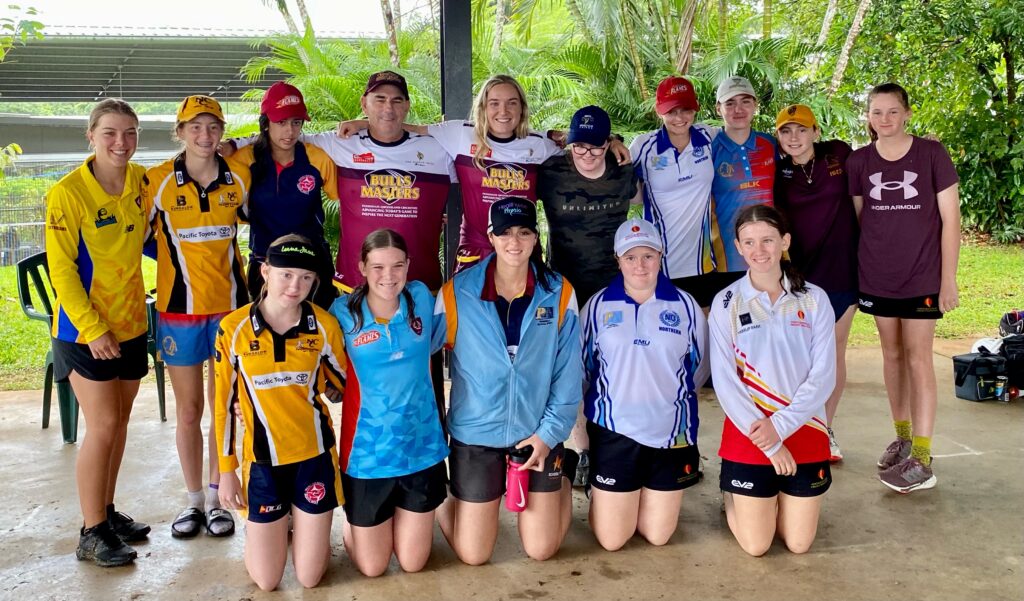 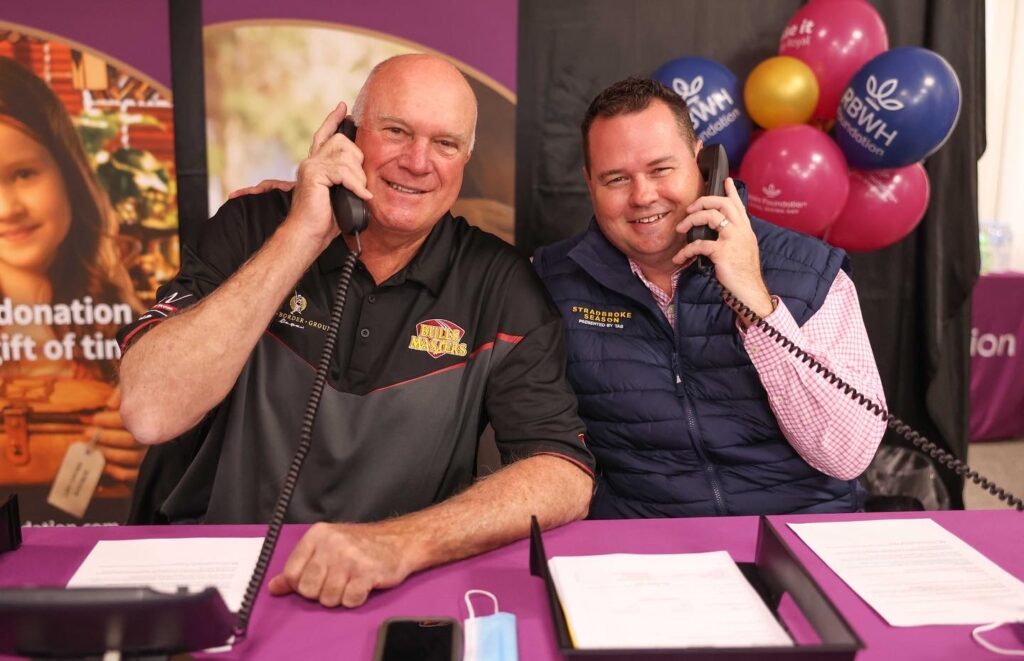